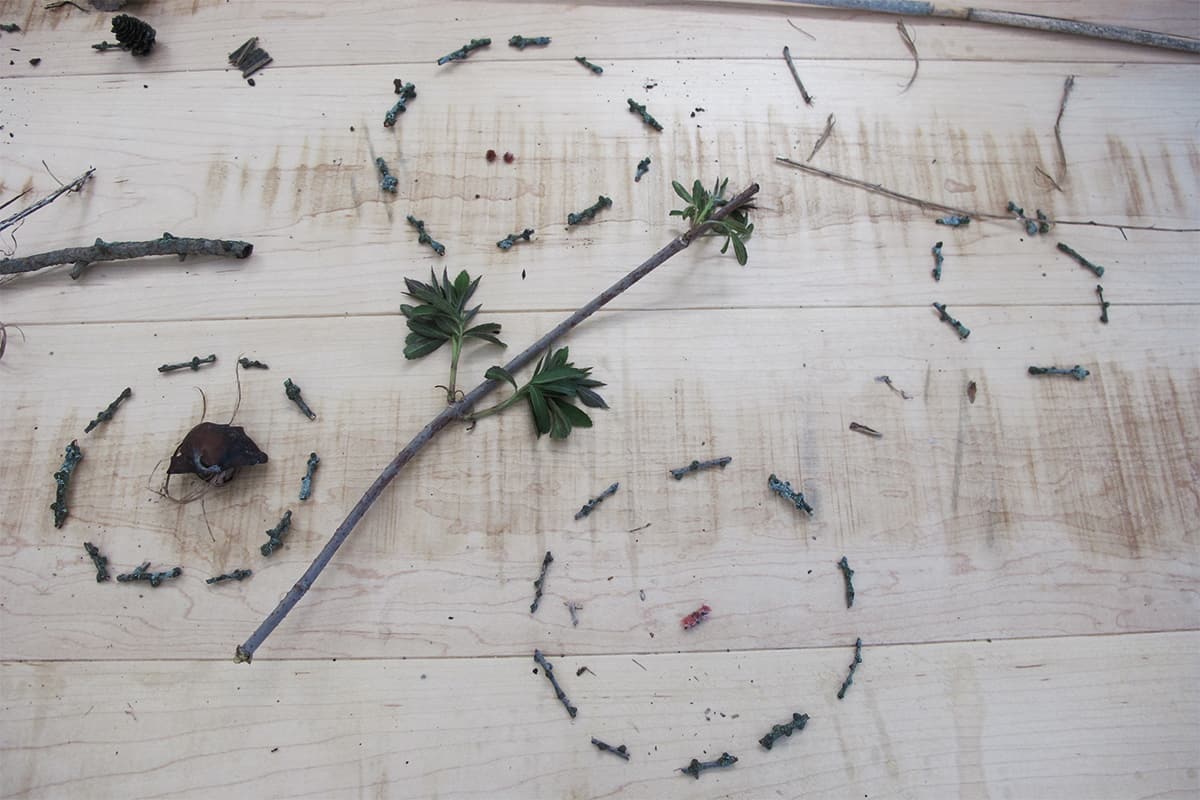 The origins of a full-on experiment of what a company can be. 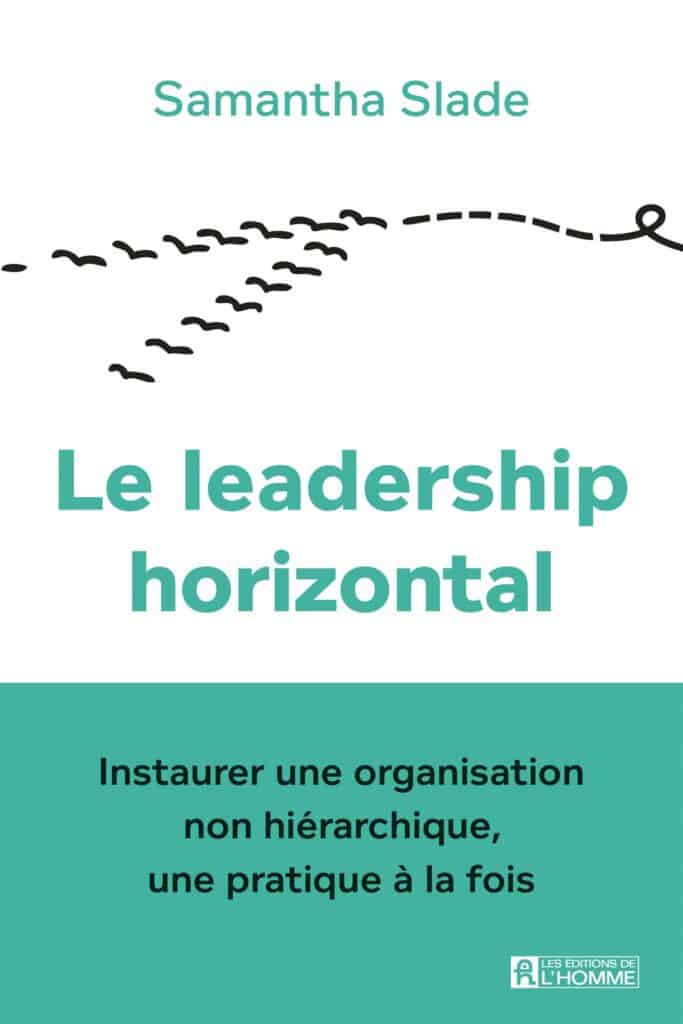 After a hugely successful launch of the Going Horizontal book by Samantha Slade in english, the book is translated and launched in French (Leadership horizontal). The global Horizontal Leadership community grows. 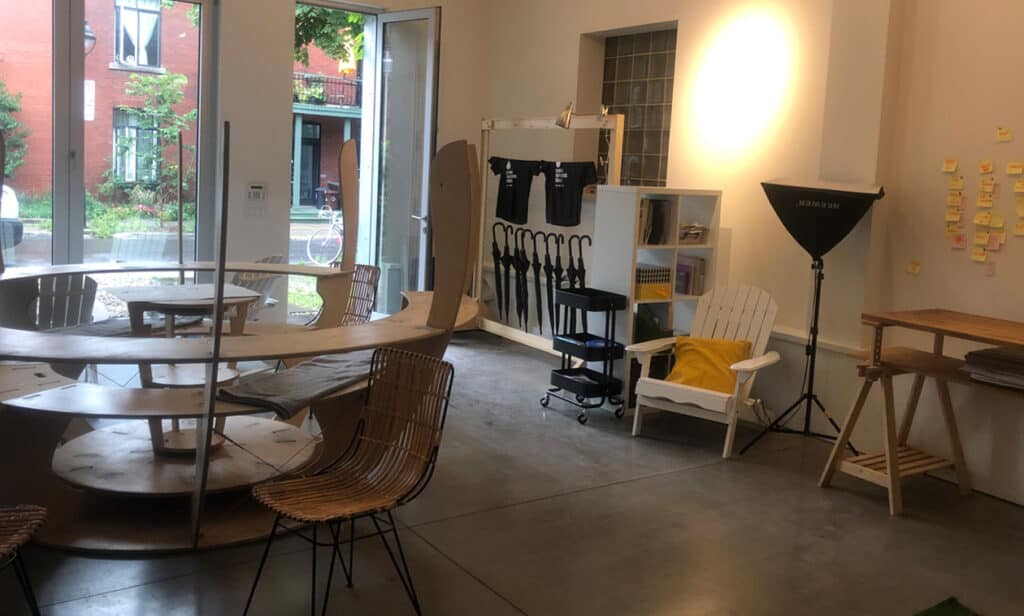 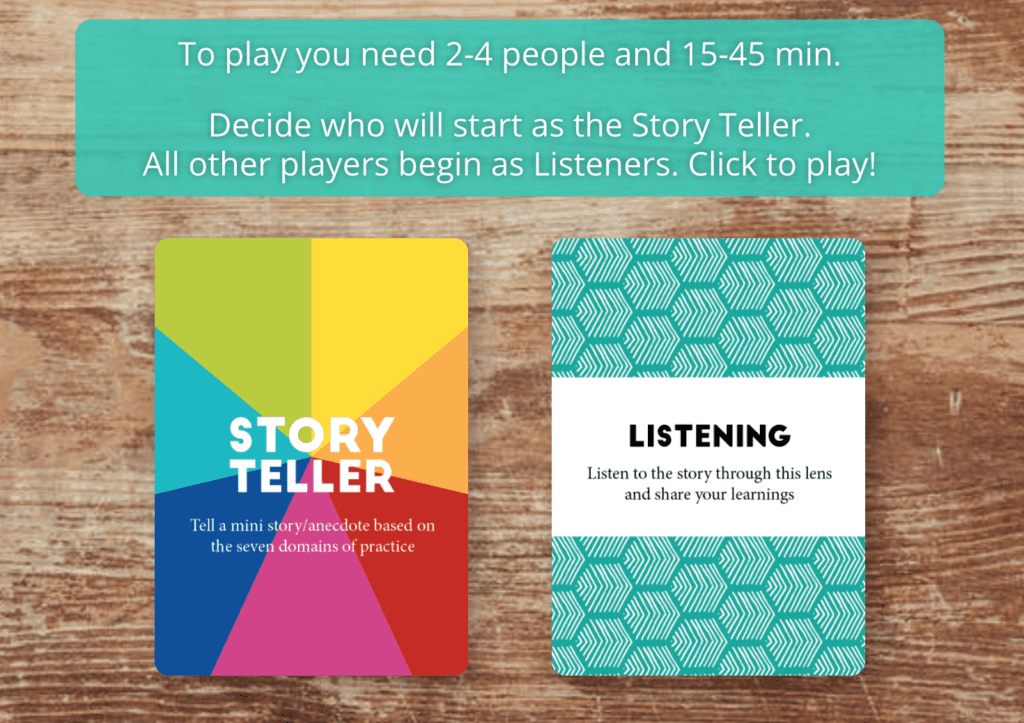 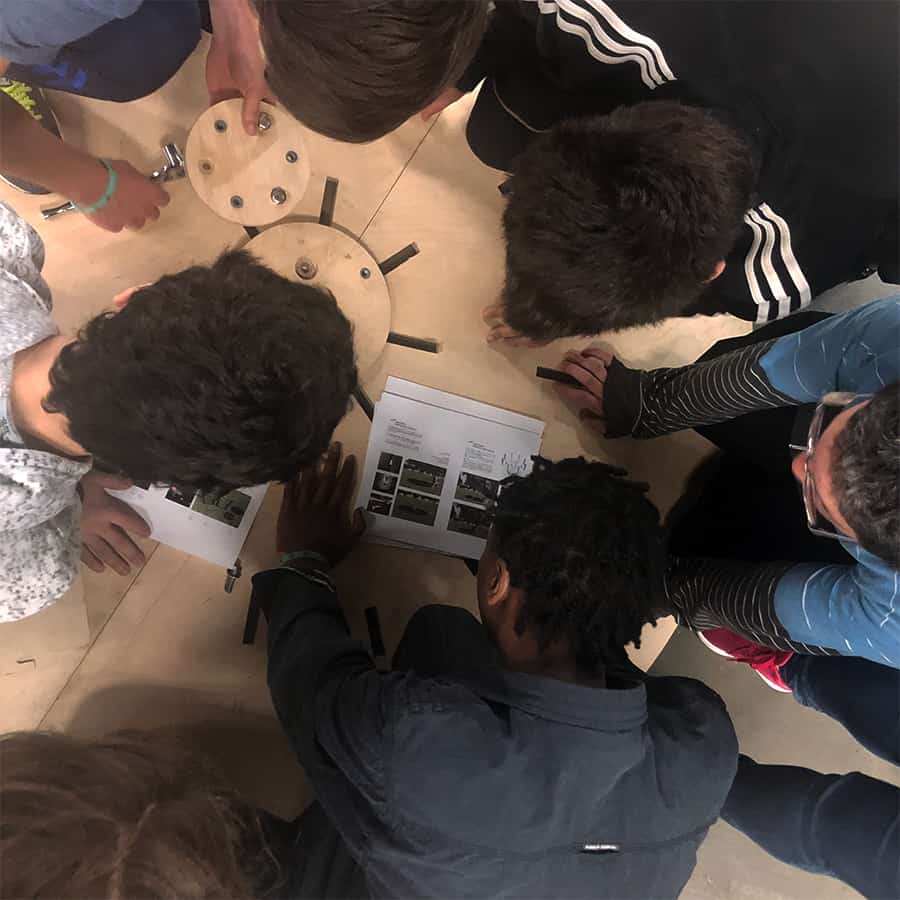 Inspiring youth through a design charette competition during the Future of Education Festival, Montreal.

Warrior of the Heart

Bring Flowgame training to our team and community. Developing the North American flow game community of practice. A new tool in our developing tool box. 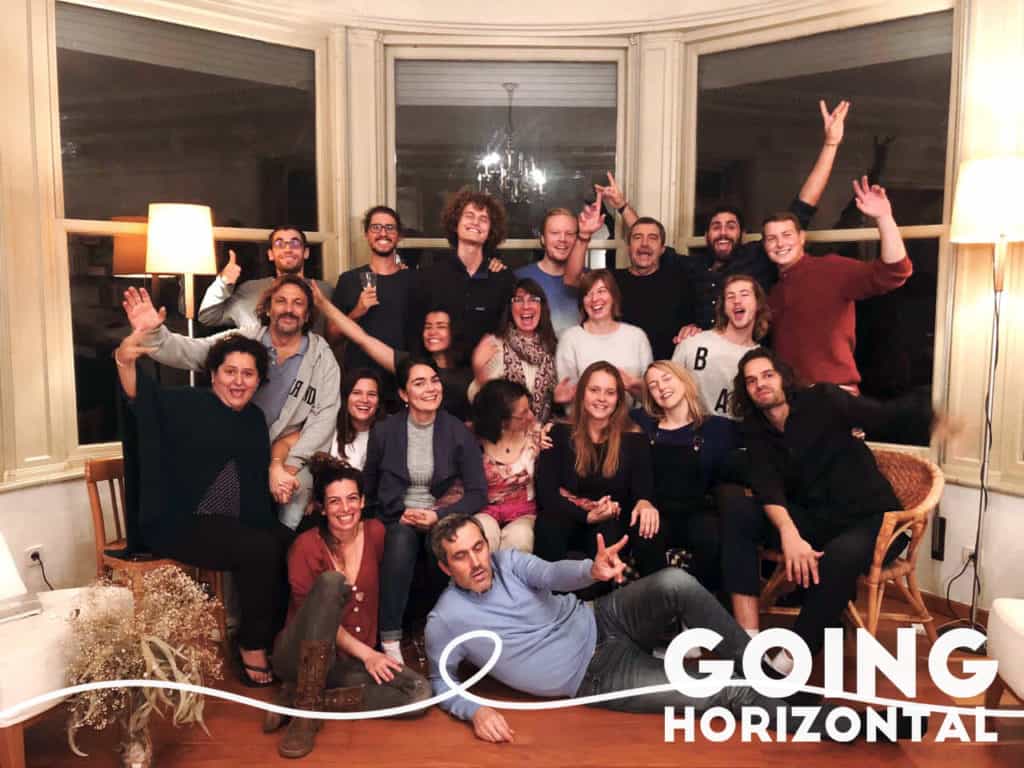 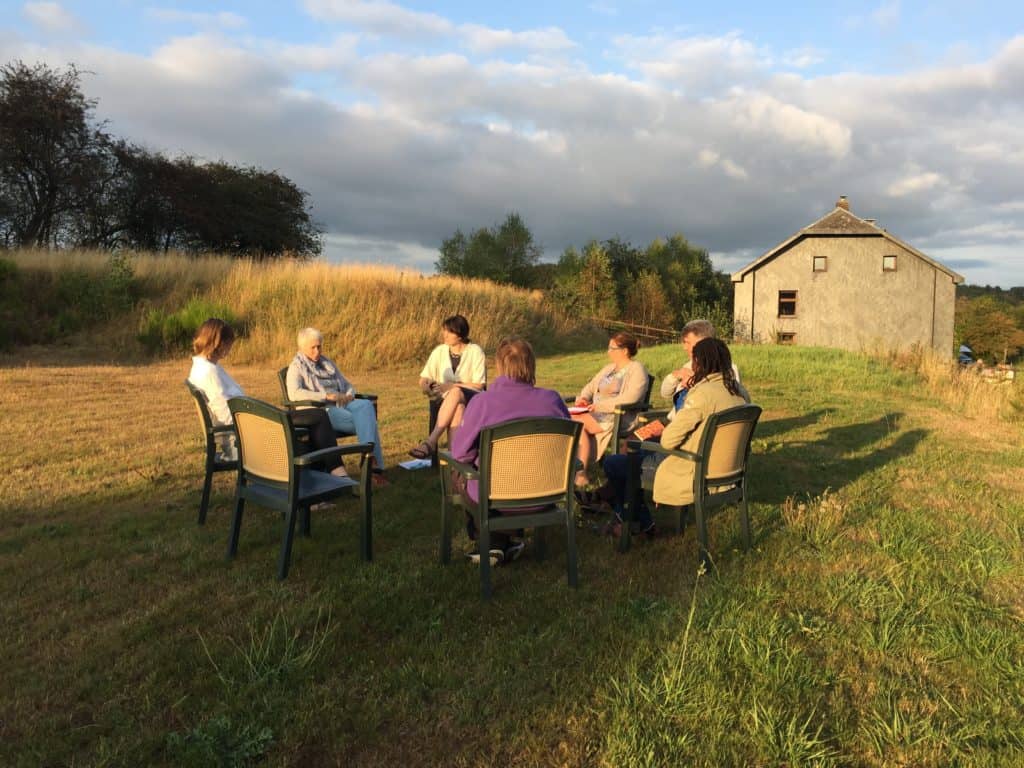 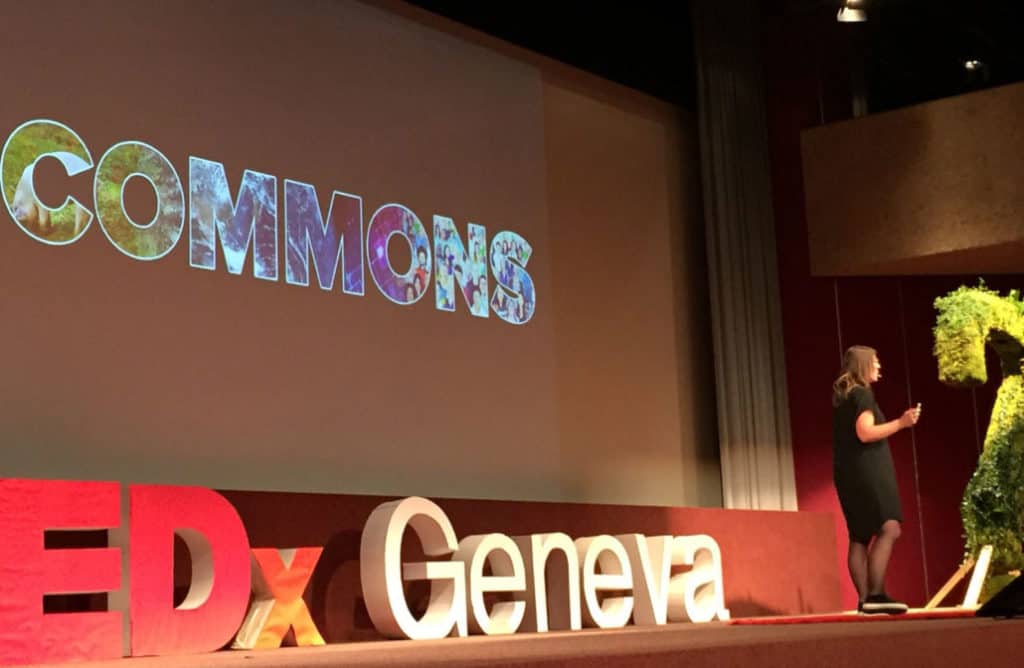 Percolab gives its first TEDX in Geneva, Switzerland and publishes its 5 principles of regenerative organizations and 5 principles of future ways of working. It’s also the year where open team meetings become a core practice for Percolab. 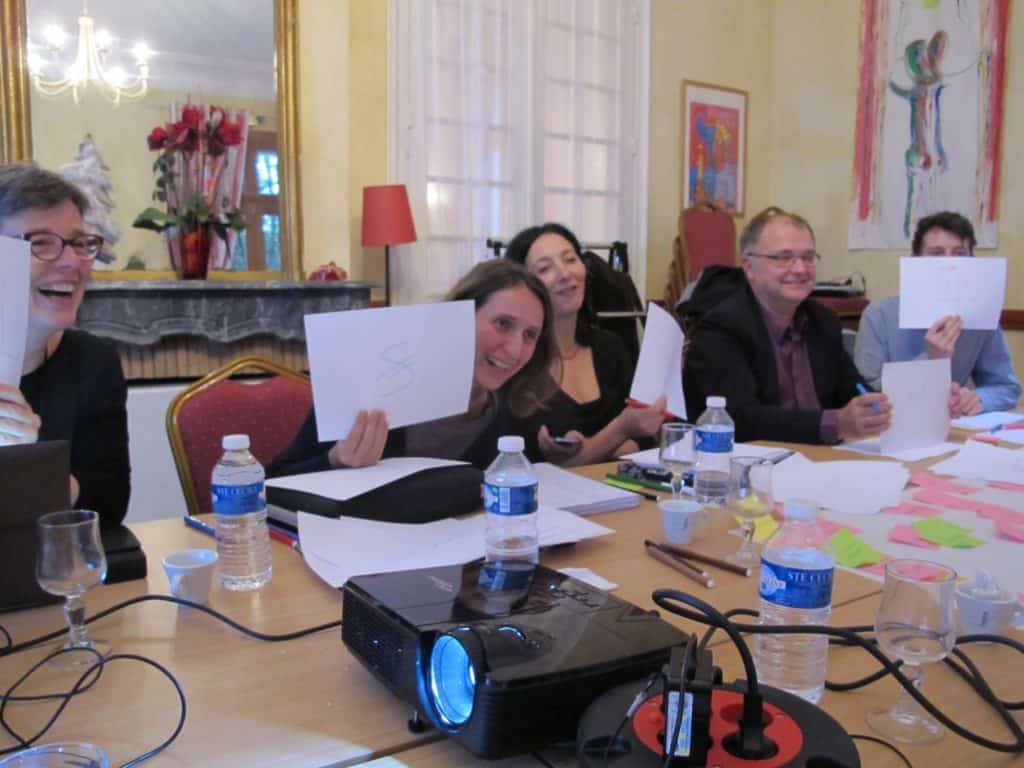 Percolab team in France consolidate their work into a legal structure in the south of France. Each new Percolab office has its own distinct legal structure and is part of the wider Percolab network.  Percolab’s social franchise model takes form.

Since its beginnings in 2007 Percolab was working with organic self-management principles and agile methodologies. In 2015 we systemized our self-management structure with a self-determined salaries system as well as adopting a role based responsibilities and accountability system. 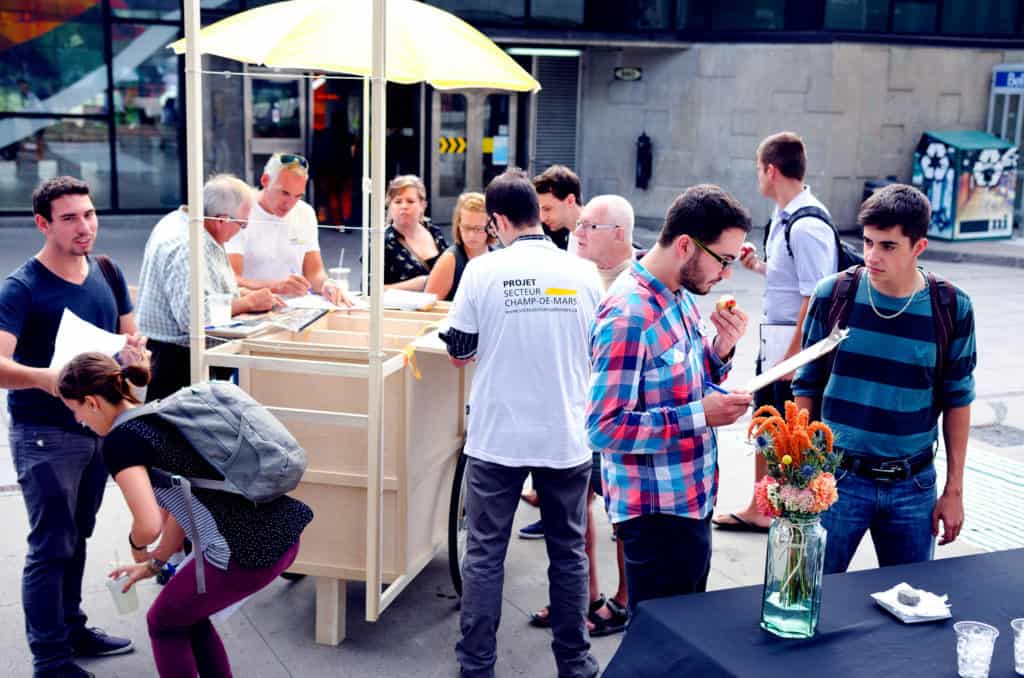 From organizational to territorial innovation

Percolab receives an award for our social engagement in the category of SME from the Montreal Community Cares Foundation.  Our  social impact initiatives, from an open source portfolio for immigrants to the creation of an international training on the commons, are honored. 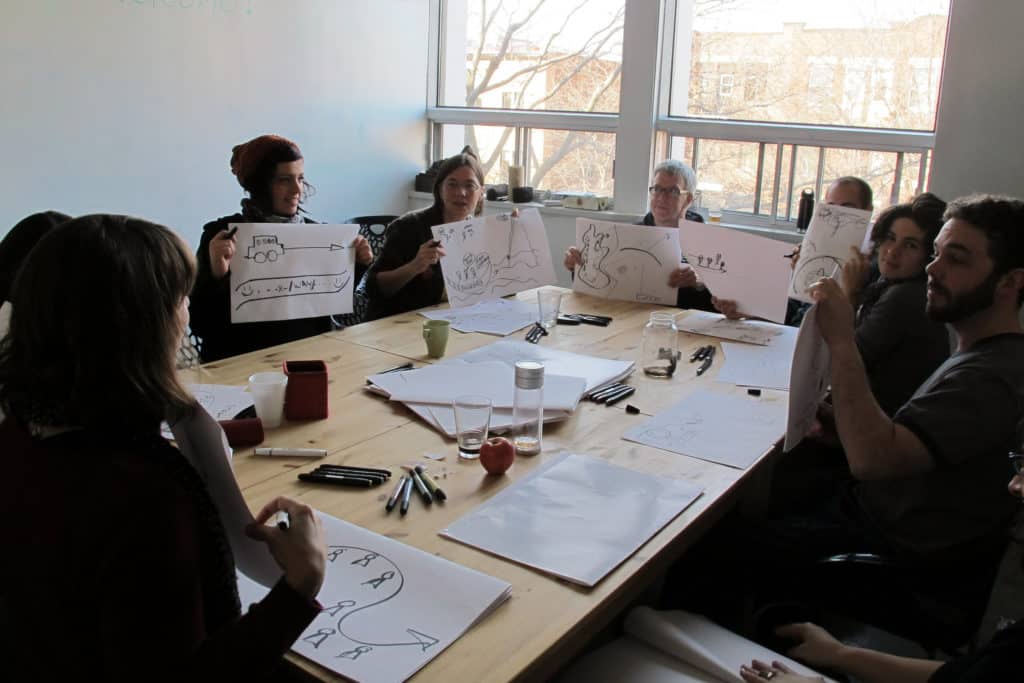 Percolab uses visual practice for collaboration and working in complexity so much so that it commits to developing this capacity everywhere! We use visual practice with all our clients and in 2013 we begin offering visual practice workshops in Canada and Europe and soon after create the online Visual Lab. 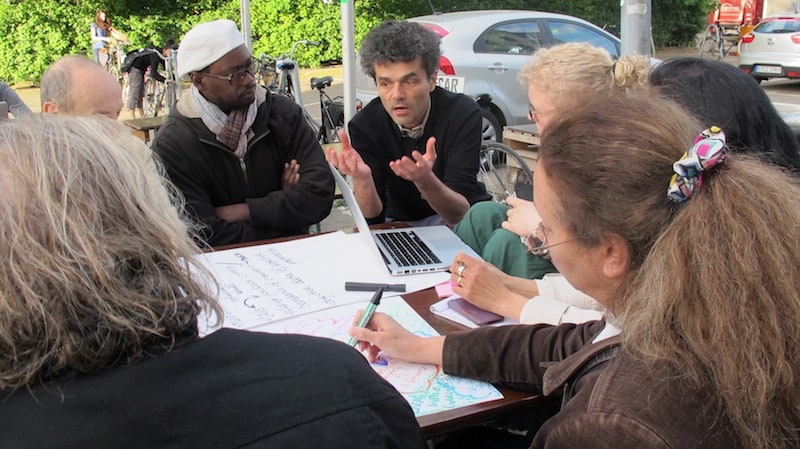 Percolab engages in a series of local and international activities on the commons including the Economics and the Commons conference in Berlin.  The commons becomes a foundational principle for Percolab 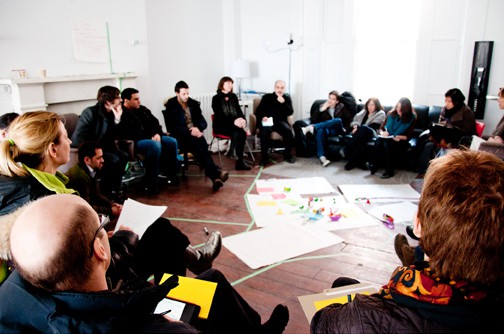 Percolab creates a transformative personal leadership and innovation learning program. The model is inspired from a learning expedition to Tiimiaketemia, Finland, Theory U and Art of Hosting. It is used for entrepreneurship education,  innovating governance, to co-creating new business models. 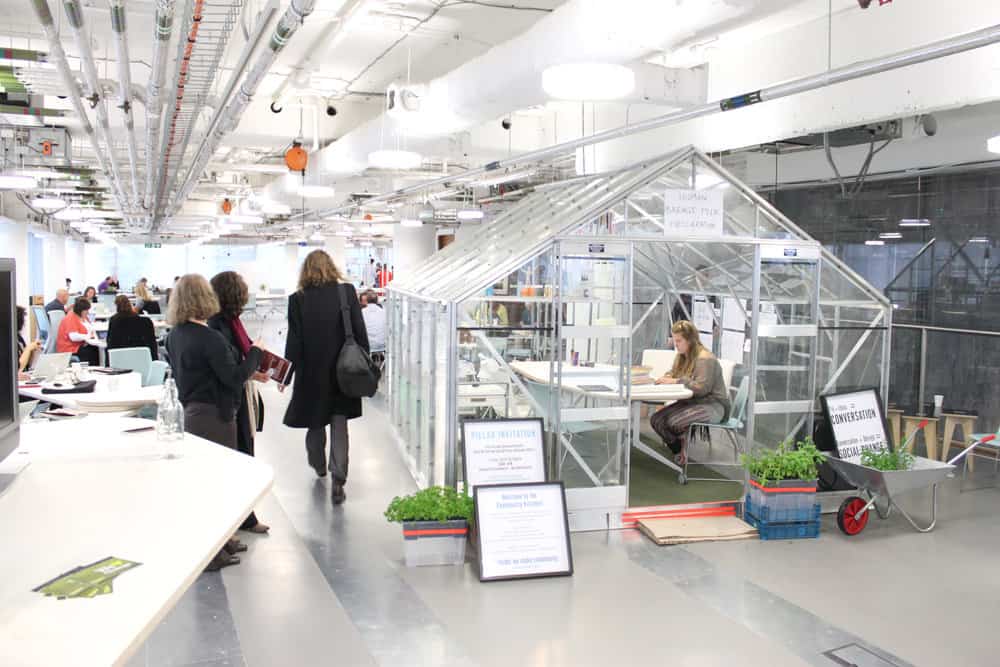 London is the first European base

Percolab joins the Impact Hub Westminister coworking in London, UK, as a founding member. London is the first european base for Percolab in a vibrant social innovation community. 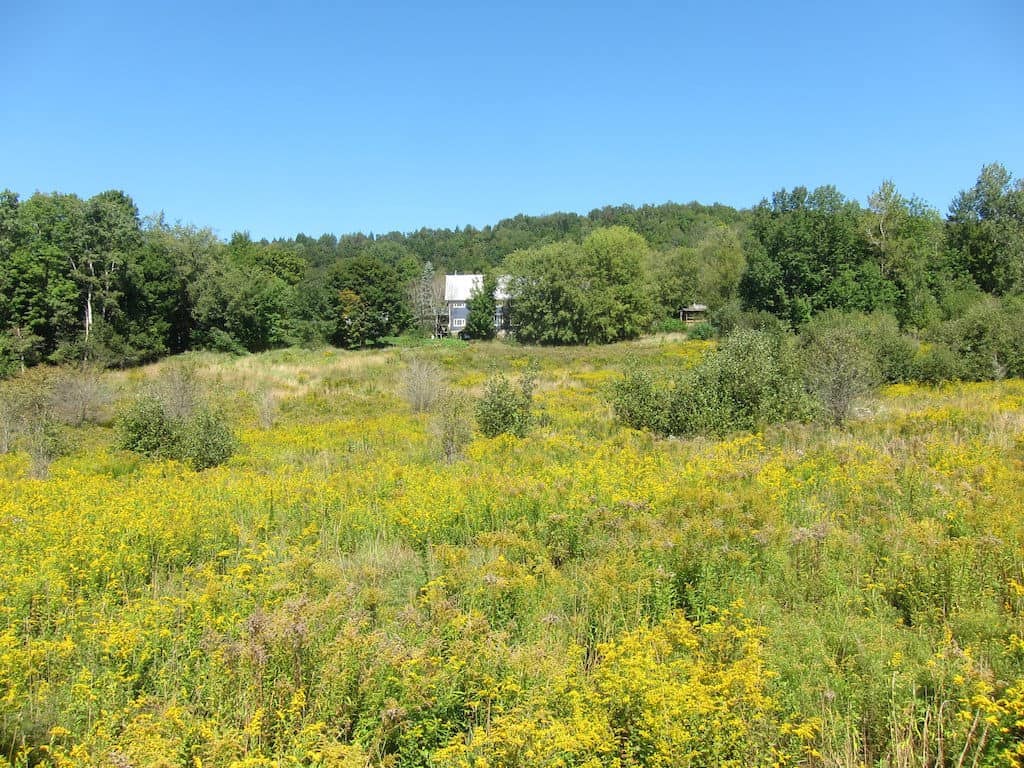 The first Percolab retreat took place in the Quebec countryside.  We deepened our connections and explored experimental aspects of our work. Today every Percolab office organizes at least one retreat per year, ideally with a few external guests. 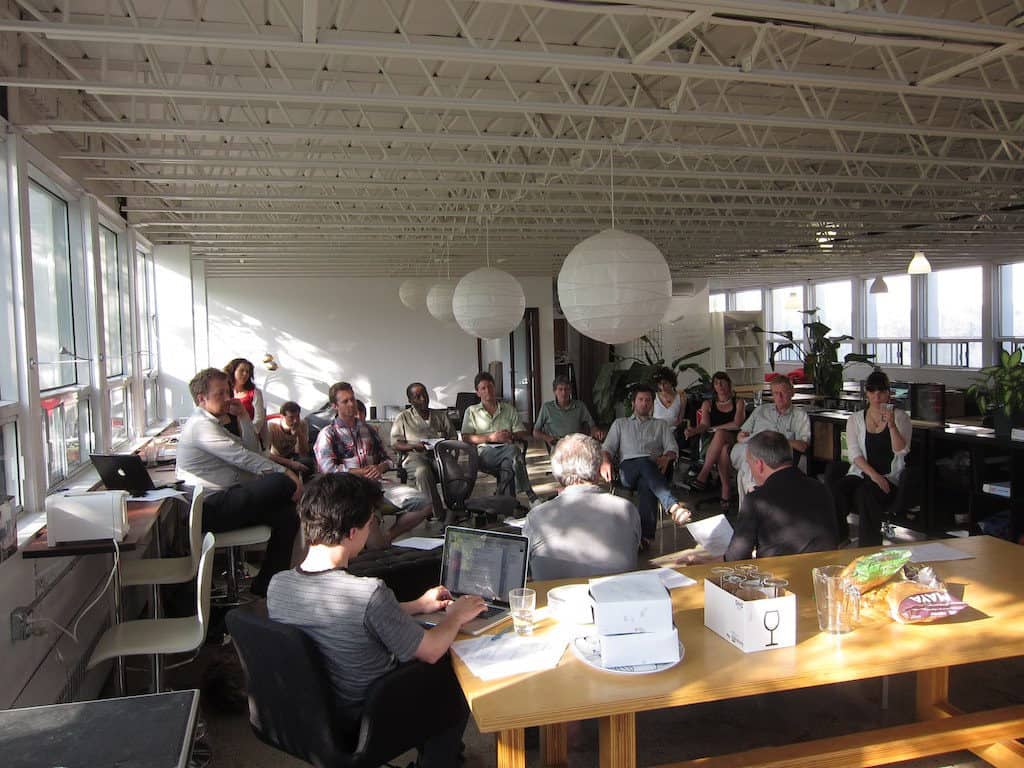 Percolab dreamed of an office space aligned with its mission, with community and collective ownership. There were no coworkings in Montreal at the time so Percolab initiated the creation of the first coworking cooperative in Montreal. ECTO officially opened its doors in 2009. 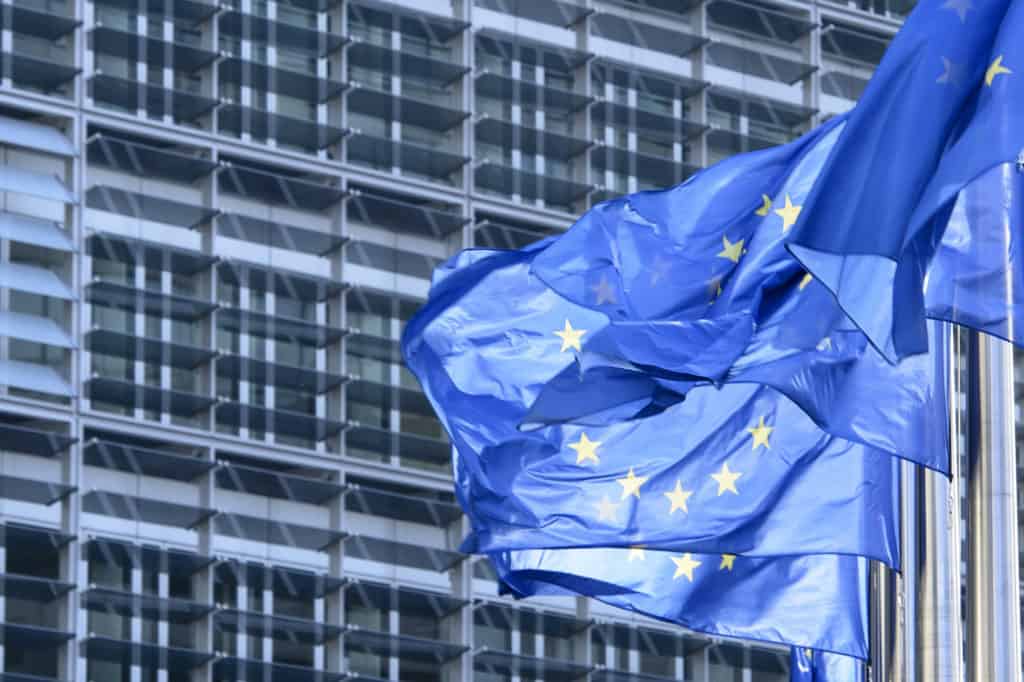 Percolab in North America and Europe

From the outset Percolab has one foot in North America and the other in Europe. We began working with the European Commission with the Directorate General of Tax and Customs in 2008 creating a culture of information sharing and cocreation across member states. 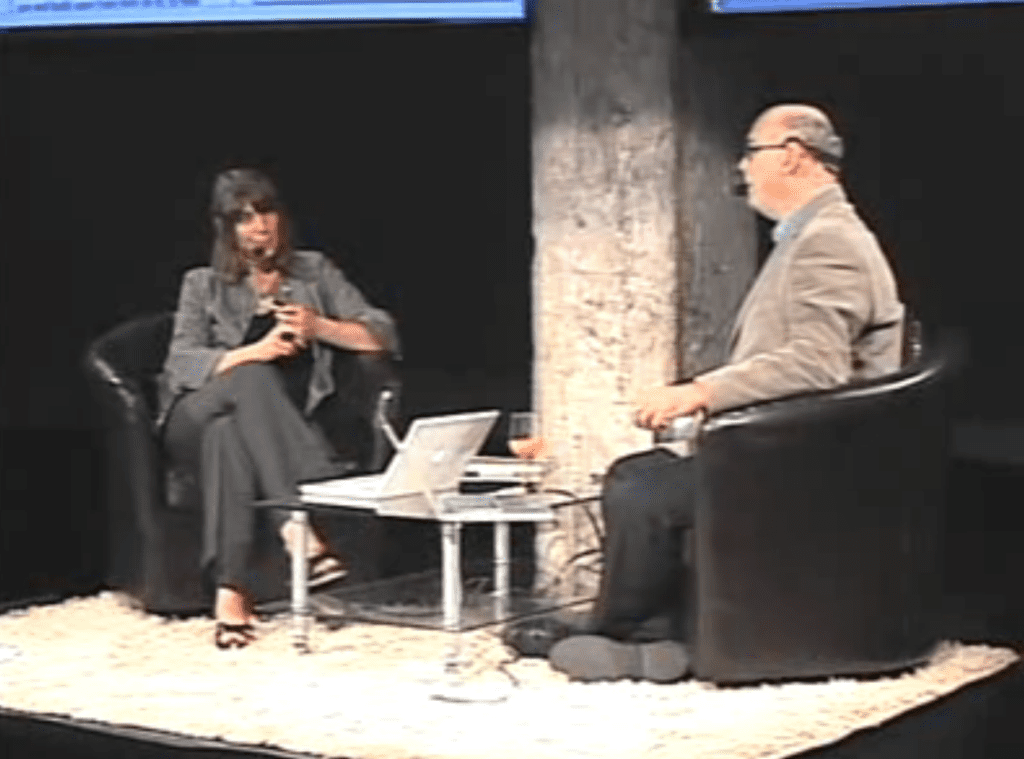 Percolab comes to life in Montreal, Canada and jumps into creating its first international event Conversations on Lifelong Learning, Employability, and Learning Organisations in collaboration with the Institut de coopération pour l’éducation des adultes (ICÉA), the Canadian Council on Learning Adult Learning Knowledge Centre, Opossum and the Society for Arts and Technology (SAT).

Percolab is about a journey into the gentle revolution of humanness that began 30 years ago.

When I was twenty one years old, I was studying cultural anthropology at McGill University in Montreal, Canada. Through the lectures and textbooks I was learning about the different ways societies organize themselves and about revolutions. It just so happened there was a revolution going on at that time not so far away, in Central America. The Nicaraguan revolution began in 1979 and was well underway. I wanted to see it with my own eyes, help out with my hands, feel a revolution. In just five months, Nicaragua had dropped its illiteracy rate by almost 40% via a seemingly straightforward decentralized method.

What does that look like? Change? How do we redesign a country? I decided to put my studies on hold for a year. I gathered up a whole slew of art supplies ready to donate and off I went, alone. I travelled to Nicaragua via Guatemala. I knew I had entered a country in revolution within minutes after crossing the border. It was the 80s. If Guatemala was in a state of civil war with human rights violations such that no one dared look you in the eye, let alone speak to you, Nicaragua was all the opposite. People were alive with their free speech and freedom to contribute to the shape their country was taking. I was with one other foreigner on my bus from the border, a young man from Finland, curious about the revolution like me. People took our hands and turning over our palms, laughed. If we did not have worker hands, how could we contribute to the revolution? Laughter and loud talk. Everyone had an opinion on everything. It was so excessive it made me think that maybe they too had been heads and eyes to the ground not so long ago. I visited farmers who had benefited from land reform and felt rich with their small parcel of land. I worked for a private New York sponsor, purchasing huge art pieces that spoke to the struggle.

I spoke to community leaders who shared their creative visions and financial plans. I witnessed people entirely involved in building a different kind of country. I felt the possibility. I also saw the struggles and disappointments. The economy was out of control. The price of my restaurant meal could double before I finished eating. 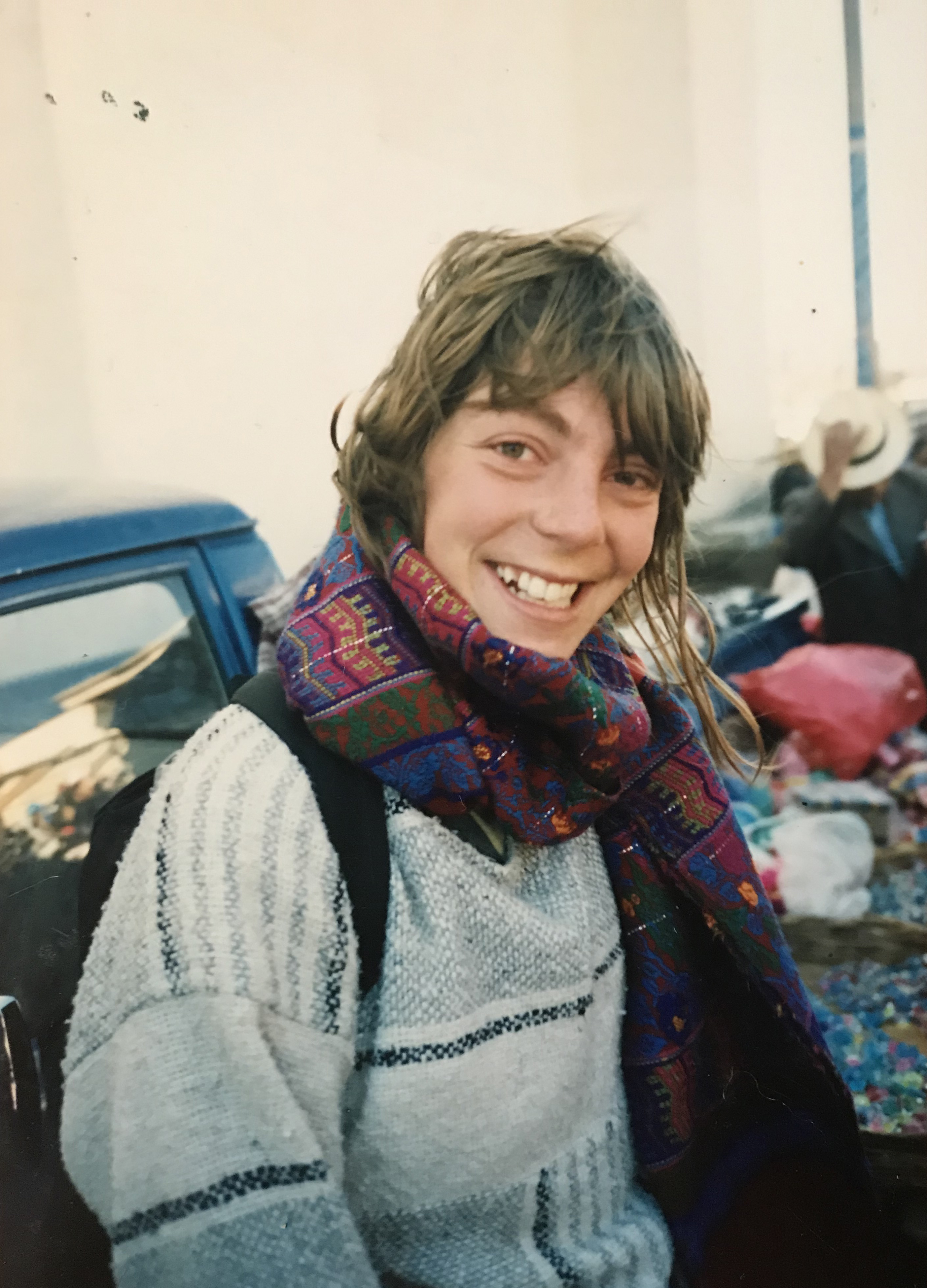 I lived in a humble family home and volunteered at the daycare of a cigar cooperative. I spoke to community leaders who shared their creative visions and financial plans. I witnessed people entirely involved in building a different kind of country. I felt the possibility. I also saw the struggles and disappointments. The economy was out of control. The price of my restaurant meal could double before I finished eating. Even I got trained to protect myself from random armed attacks of the Contras. My Finnish friend, he was in a home in neighbouring village and gunshots ripped through their kitchen, wounding the family. This was by no means easy. The experience seared into me the awareness that we create the systems we live in and we can change them too. We can prototype at any scale, even that of a country. It takes a lot of work and even some will fight it. I learned the power of decentralized and distributed actions for profound change. The literacy statistics still stand as some of the most astonishing, still today.

Upon my return to Canada, I decided that the way to rethink and improve our systems was via education and so I became a teacher. I taught my students critical thinking and prototyping. It didn’t matter to me that they were young; I was in a rural school house and I played with my professional freedom. With time, I ended up at the ministry of education. I discovered I was not really wired to effect change as a bureaucrat. Like with the Nicaraguan revolution, I wanted to participate in the action. I thrive on the chaos of creating something new. The sidelines are not for me.

The experience seared into me the awareness that we create the systems we live in and we can change them too. We can prototype at any scale, even that of a country. It takes a lot of work and even some will fight it. I learned the power of decentralized and distributed actions for profound change.

At my 40th birthday I received an obscure present, my domain name, samanthaslade.ca. This online space served to help me shift out of my safe government job into the rocky world of entrepreneurship where I created a company as a full-on experimentation of what a company can be. It is now an international self-governed network of self-managing firms that support organizations and ecosystems to step into their future.

It is all about rolling up our sleeves and co-creating a better society, together.