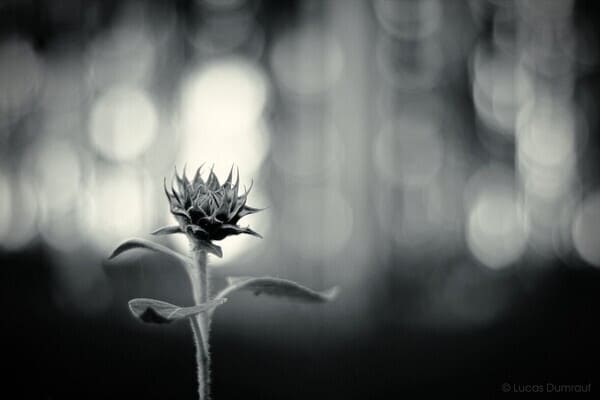 Our Exciting Journey from Inc. to an Employee-Owned Business

Our beginning as an Inc. How can the tough necessities of succeeding in the rough and tumble world of business be combined with a passion to build a more equitable…

Our beginning as an Inc.

How can the tough necessities of succeeding in the rough and tumble world of business be combined with a passion to build a more equitable and more sustainable world? How to build a business that has common good embedded in its legal framework?

This was the challenge I faced when I embarked on a voyage to build a successful and progressive consulting business.

Like many women, I came into entrepreneurship late. In 2007 at the age of 40, I left my cushy government job, and started Percolab. My vision was to build a purpose-driven firm growing healthy and courageous collaborations for social innovation. Fortunately I wasn’t alone, I had a business partner. We were clear that our business would operate both locally in Canada and internationally. We were clear that we would live the business as a lab, experimenting with new ways of learning, working and governing. We were also clear that we would open source our methods and learnings. What we weren’t so clear about was the best legal structure for our business!

In Canada, two people with a business idea and internet can incorporate in a matter of minutes. Incorporation is the go-to business structure to which almost everyone gravitates. We self-declared that our corporation was a social enterprise and we agreed to run it as such, even if it had no particular legal structure that spoke to that desire. 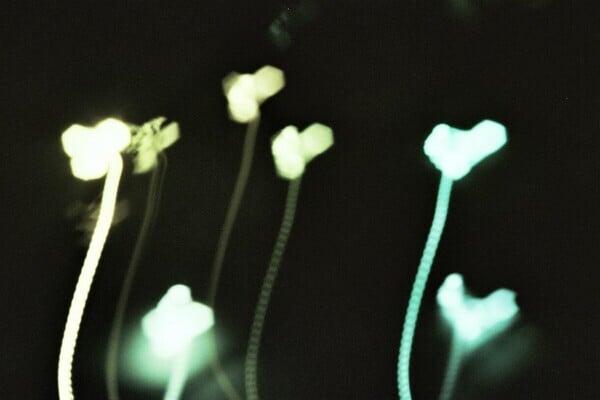 Fast forward 10 years, where the words social enterprise, sharing economy, triple bottom line, B-Corps, employee stock ownership plans (ESOP) have become popular (and entangled). Ten years is the time it took for my company, Percolab, to make its way to coherence. A business working in collaboration and co-operation, dedicated to creating a more equitable, fair and thrivable world should logically have a conscious and coherent ownership model. This is the exciting, eventful story of our journey from an incorporated company to a fully employee owned business.

I fumbled into collective entrepreneurship the hard way. After 7 years of operation, our business hit a hurdle, a moment of financial hardship. We did what many owners do, we moved to protect the team from what was going on versus dealing with it collectively. Even though everyone was impacted, the situation was not shared thereby creating much frustration, anxiety and misinformation for the team and great stress for the owners. The strong relationships that we had developed began to fray. It was a few months later, when things had stabilized, that I began to see that the business was not functioning based on its core values — co-creation, community, openness. This incident served as a gift to help me realize that both co-management and shared ownership were non-negotiables for me. If we were going to be hit again by major hurdles in the future, it needed to be a collective experience, one that we would see coming together, live together, own together and resolve together.

With that, I brought some key proposals to my business partner, and then together, we took them to the team. Our bold plan proposed several big changes, including these:

Because I come from Quebec, a place in the world that values co-operatives as a popular and logical option for collective entrepreneurship, I chose the co-operative legal form. Co-operatives have seven internationally agreed principles from democratic member control to concern for the community.

There was energy and excitement around the three proposals and all were easily adopted. The first two proposals were to be effective within days, and we gave ourselves seven months to transition to a co-operative legal structure. 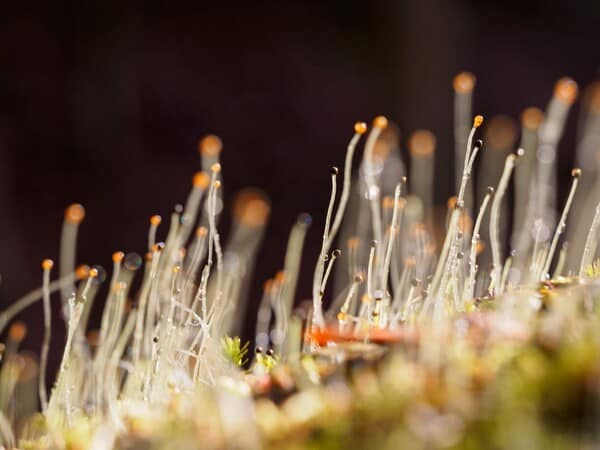 The first bump in the road

Initially things flowed. The shift to self-management was natural. Step by step, we moved forward developing a growing ease with roles that rotated, distributed authority, consent based decision-making.

Same thing for the shift to transparent finances. There was a moment of discomfort and then a relief. The self-determined compensation model had instant effect. We each had control over our own earnings, we were owning our value more clearly and we were engaging more directly with the company finances.

The shift to our co-operative form however, stalled. The deadline for this re-organization in our legal form sailed by and tasks were delayed. There came a feeling of uncertainty of who in the team would actually join the co-op. What was going on? A colleague called a collective dinner entitled “Are you in, or are you out?”

There was a cheekiness to the invitation, but it was what was needed to get beyond the rumblings and side conversations going on. After receiving the invitation, one member clarified that he would not be joining the co-op and announced his departure. I had serious questions if my business partner was going to join or not. It had been 17 years of professional life together. Perhaps understandably, I was avoiding the conversation with him.

The day of the collective dinner arrived. My business partner worked at home that day. One hour prior to the dinner the email arrived. It was a long one, one that must have been painful to write. He wanted to dedicate himself more to his family and so our paths were to part. This added an extra layer in the process: I was becoming an employee/member/owner of a co-op that was buying the company that I half owned.

Working through the details

Ensued a period of information seeking and support. What form of a coop was a match for us? In Quebec we have three options, worker coop, producer coop and solidarity coop. How did our self-managing system map onto the legal obligations of a cooperative? We were delighted by coop regulation protecting the financial well-being of the company. We were surprised by hierarchical bias in some of the governance, making our self-managing system feel quite radical.

Then it was time to get on with the transfer. Our team expected to be involved in the process while the external professionals supporting us were more accustomed to a private process with only the company owners. Our non-hierarchical culture clashed with this process, but we made it work.

Normally a company transfer requires a plan to pass on the company management capacity to the team. We learned that in our case it would not be necessary; the team was already co-managing the business. In a self-managing organization everyone is already brought into the various aspects of the business and were capable of running it. Check.

The cooperative needed to purchase the inc. This is a regulated purchase at market value. An official evaluator determines the value of the business. Together, we interviewed potential evaluators with a focus to understanding the process and chose one together. The evaluation process itself was lengthy due to the non-conventional nature of our business. Check.

When the owners continue into the new business you can transfer the business. Since one owner was leaving, this was not an option for us. With a closure you shut down the business and start a new business under a new name, but with a 10 year reputation and client base, this was not an option for us. A fusion allows you to start the new business and have the old one function along side for a while, giving time to purchase it and close it down. Fusion it would be. Check.

And so we were ready for the final legal steps—start the coop and sell the Inc. The adventure however continued when we encountered a second bump in our route forward.

Second bump in the road

To start a coop in Quebec you need to complete a simple short form. We agreed that it was important that someone else then me, the founder of the Inc, complete the coop form. I went on a business trip for a few weeks and when I returned it wasn’t done. The initial excitement had back tracked to concerns and issues.

Thankfully our team retreat arrived. Two key moments at the retreat provided ground-shifting support for the shift in dynamics. A “Fun with metrics” activity, helped us all gather a fuller view and understanding of the company. It was an invaluable and timely reminder that we all ran this company together.

Then I asked everyone to stand on a spectrum based on our level of energy for starting the co-op. I went to the middle and shared my frustration that despite our commitment a full year had passed and the co-op was stuck again. Our agreement had not been honored. Maybe we weren’t ripe for becoming a co-op, I pondered out loud. Maybe the offer should be taken off the table? An honest conversation ensued in which misperceptions and fears were unravelled.

Within a week the co-operative creation form was sent and our regulations drafted. As easy as that, the co-op was formed and we held our founding assembly. Luckily, the legal process itself proved not to be especially complicated.

After that came the uncomfortable meeting with our business lawyer, during which I, as owner of the inc, negotiated a selling price to the buyers which included me! I was ready to move into shared ownership and at the same time I was happy that I was being financially compensated for all the founder’s work I had done.

Our long climb had certainly not been all roses. As an established entrepreneur, I naively underestimated the fundamental shift involved for others to step into co-owning a business. Joining a new organization as an employee is one thing, but becoming a co-owner of an already functioning company at the same time is something else. It can be a tough journey to shift identities, to challenge fears, to understand the implications. It takes time and it’s not for everyone.

Indeed, many people join the company for the interesting work we do; to collaborate with our amazing team; or, to experience our autonomy and shared leadership, but few join because they are driven to co-own, manage and grow a company with others. That’s the interesting bit though, where we learn to walk the talk of what the world might be and learn to be in business together consciously. It hasn’t been easy, and I wouldn’t want to be doing anything else. Honestly, I can’t think of a more aligned legal form for a company committed to a more equitable world than a co-operative model.

As we move forward building capacity for co-creative ways of working and horizontal ways of governing, it feels like a tiny extra step to tip over into the land of co-operatives. What if businesses began to see themselves as a lever for social change, a learning platform to help people strengthen their agency and become more engaged human beings? What if? 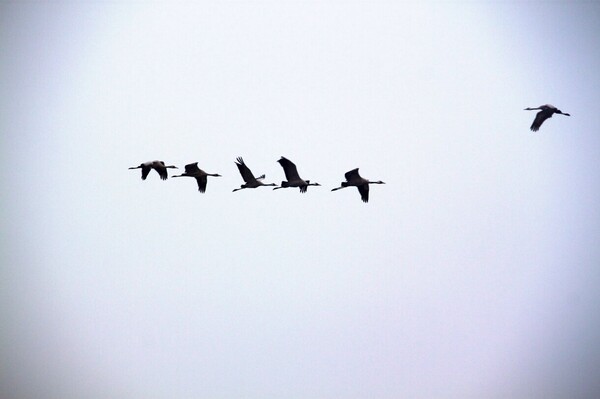 Cooperatives, provide jobs or work for 10% of the employed population of the world: for more information visit The International Cooperative Alliance.

Learn more about horizontal leadership in my book: Going Horizontal: Creating a Non-Hierarchical Organization, One Practice at a Time.

Listen to my TEDxGeneva lecture: The Future is in Business as Commons.

This article is an adaptation and update of an article originally published in the magazine Reimagining.

Much thanks to all those who supported me with this article, Cédric Jamet, Ria Baeck, Simon Grant, Stéphanie Bossé, Denis Côté, Olivia Horge, Brian Joseph and others. Special thanks to the Cooperative Network of Quebec for all its support.

← Previous Article: Pourquoi vous devriez (re)commencer à dessiner (1/3) Next Article: Going from a Culture of Evaluation to a Culture of Dialogue → 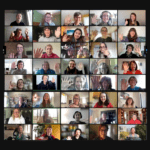 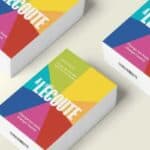 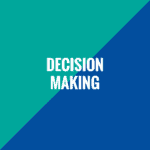 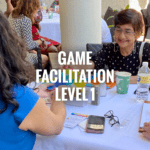